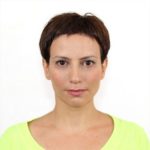 Gohar Hayrapetyan is currently affiliated at an Armenian -based weekly newspaper “Champord». In previous time Ms. Hayrapetyan worked as an author, a scriptwriter and a hostess of the “Apolitika» program at the Yerkir Media television, as an editor-in-chief and an art director on the imyerevan.com. She holds BA and MA in Russian Literature from Yerevan State University. Ms. Hayrapetyan is alumni of Yerevan School of Political Studies and the Professional Experience and International Visitor Leadership Program (IVLP) funded by the U.S. Department of State’s Bureau of Educational and Cultural 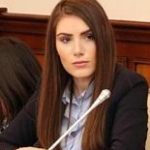 Eleonora Begoyan is a public management professional with 3 years’ experience in international relations, the Eastern Partnership countries’ youth policy and in domestic affairs of Armenia as well. Actually, Ms. Begoyan is president of the “Open Borders” Institute of Peace, Democracy and Development based in Armenia. Her field of interests included political disillusionment, social turbulence and inequality, peace and security, gender issues, and public policy related to human mobility, migration and border security. 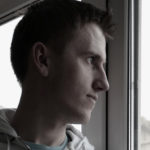 Mykola Mirny is a journalist with 6 years ́ experience in human rights and its enforcement. His area of interest are domestic politics, English, photography, movies, ice skating and online courses.

Hanna-Asya Schastlivtseva is a journalist and communicator with 15 year ́ experience. She writes extensively about economic issues and domestic affairs within Ukraine. Her professional interests are development of communities and persons which biographies are worth for storytelling. 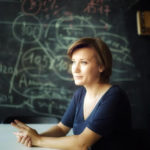 Ekaterina Makarevich is a media professional, columnist, philosopher and communicator. She worked as a TV producer and journalist. Nowadays, Ms. Makarevich is a program director of the OTIUM Academy- the Ukrainian humanitarian and educational project, which activities are driven by the mission to design meaningful experiences to everyone. She also founded a web- based project The Virtuoso, which aims to rethink and evaluate a philosophical discourse of virtues from antiquity to modernity. Her area of interest is philosophy, ethics, and human anthropology. 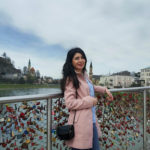 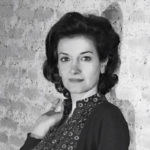 Yana Israelyan is a journalist with 10 years’ experience in conflicts and migration issues, South Caucasus domestic politics, Georgia-EU/ Georgia-Russia affairs. Ms. Israelyan holds diploma in political sciences from Ilya State University in Georgia. She also graduated from the School of Journalism at Radio Liberty and the School of Media Management in Kiev, Ukraine. In 2008, Ms. Israelyan was awarded the UNFPA prize in the category Best Article. Her field of interests is human rights, information technology, social media, internet freedom, green energy. 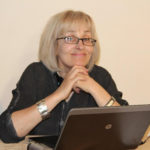 Galina Petriashvili is a feminist journalist and a photographer. Over years, she has worked as an expert, media coordinator and media facilitator for the Regional Program on Labour Migration in Central Asia and Russia. She also was an investigator in a frame of the UN Women initiative in Kyrgyzstan, Tajikistan, and Kazakhstan. Ms. Petriashvili is a founder of the GenderMediaCaucasus Journalists’ Association based in Georgia. It is a non-governmental organization that aims to create the larger professional alliance with journalists and media activists from CIS-countries. Ms. Petriashvili is a blogger enthusiastically writing her posts in the social networks. 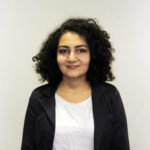 Zulfiyya Safkhanova is a media professional specialised in video and photo journalism. She holds certificate of the Baku School of Journalism from 2013. Next year she is going to work for an Azerbaijani local media as a video journalist. At the current time, Ms. Safkhanova is a freelancer at the jam-news.net and a volunteer in some peacebuilding projects in her country. 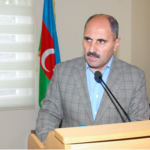 Azer Hasret is an Azerbaijani journalist with more than 25 years of experience in media field. He is a member of International Press Institute based in Vienna, Austria. Mr. Hasret is one of the founder members of the Azerbaijan Press Council and a member of the Azerbaijan Public Broadcasting Council as well. His field of interests is politics, international relations, media, human rights and migration issues. Mr. Hasret lives in Baku, Azerbaijan and writes in English, Turkish, Russian and Azerbaijani languages. 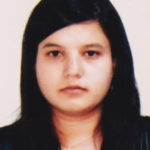 Nurana Mammad is a journalist from Azerbaijan. She holds BA and MA degrees in English Linguistics. As a child, Nurana has a dream to be a journalist. Nowadays, she does everything to make her dream comes true. Nurana has collaborated with different local and international media outlets in Azerbaijan, Georgia and Scotland, and has over five years ́ experience in print and online journalism. Her area of interests are political and social issues such as human rights, migration, civic diplomacy, women activism and ethnic minorities. She is currently implementing her own media project. 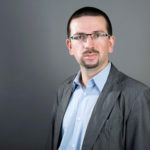 Oleg Shevtsov is a director of the autonomous non- government organization ‘Publishing House MIR BELOGORYA’ that produces two newspapers, three magazines (for children, young people and sport fans) and online media ‘BelPressa’ (www. belpressa.ru). Mr. Shevtsov is Presiding Commissioner of the Commission on Information and Mass Communication Development of the Public Chamber of Belgorod Region. He also teaches at the Department of Journalism of Belgorod State University. He is an author of practical guidelines for kids, youth and students that aim to identify the propaganda and manipulative technologies in mass media and social networks. 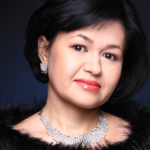 Irina Umarova is a journalist based in Yekaterinburg, Russia and Dushanbe, Tajikistan. Ms. Umarova She fluently speaks and writes in Russian. She was born in Dushanbe, Tajikistan. Ms. Umarova holds MA in Economics. She has over eight years ́ experience in Tajik and Russian media. She worked as a head of Russian broadcasting station “Voice of Dushanbe”, a news-reporter and an author of the program «Events. Evidence. Comments” on Radio and TV. Her field of professional interests are labor migration, human rights and people that change and influence the history. She has received many international awards for covering issues such as challenges and threats of labour migration, racism, and xenophobia in modern societies. 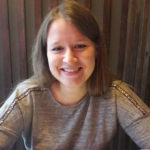 Daria Korchak is a media proffesional with over two years ́ expirience in the news agencies of Russia: TASS (Moscow) and URA. RU (Ekaterinburg) . Ms. Korchak studied German philology and also got her MA diploma in journalism. Her fields of interests is international relations and national affairs. 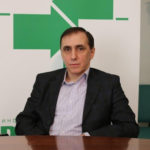 Alexandr Zhelenin is a journalist, political scientist and a historian. Currently he is a political columnist at the Rosbalt Information Agency. In previous years, Mr. Zhelenin worked as a correspondent for the Nezavisimaya Gazeta, the journal “Smysl” and the newspaper “Time MN”. He is an author of over 2000 op-eds, journalistic reports and interviews that were published in The Left Alternative, Nezavisimaya Gazeta, Novaya Gazeta, Moscow news, Novye Izvestia, Vremya MN, Solidarnost, The Moscow Times, Smysl, Business People magazines and others. He also published his op-eds on the Levi Bereg web-page, which is a Ukrainian news portal. 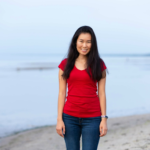 Gulmira Amangalieva is a journalist with 6 years of experience in independent regional media in Russia. Actually, she works at the news agency FreeNews-Volga based in Saratov, Russia. Her field of interests included political and social activism, corruption, human rights, inequality, poverty, rights and freedoms of national minorities and migration issues as well. 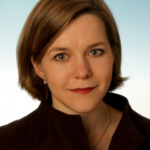 Mechthild Baumann is head and founder of the Berlin-based Institute on Analysis and Policy Dialogue IfAP e.V. She constantly works as independent expert for the European Commission and teaches at the Ecole Nationale d’Administration (ENA) de Paris. She studied Political and Social Sciences at Free University Berlin and at Institut d’Etudes Politiques de Paris. Ms. Baumann holds PhD in Political Science from Humboldt University Berlin. Her main fields of expertise are EU internal and external affairs, migration and security studies as well as qualitative methods of social sciences and project design. 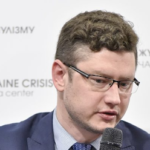 Oleksandr Burmahin is an attorney at law and an executive director of non-profit organisation Human Rights Platform (http://www.ppl.org. ua/). Mr. Burmagin is an alumnus of the Advanced Human Rights Course (Warsaw, Helsinki Human Rights Foundation). He works for the European Commission for Democracy through Law (the Venice Commission of the Council of Europe) (http://www.venice.coe.int/), the Council of Europe Office in Ukraine, and Organization for Security and Co-operation in Europe. He is as national expert in the Reanimation Package of Reforms of Ukraine: Media Reform Group and the Group of Reform of the Electoral Law (http://rpr.org.ua/), the member of the Independent Media Council (http://mediarada.org.ua/). Mr. Burmahin co-authored twelve teaching&learning manuals for journalists. Since 2017, he is a certificated IREX U-Media trainer on topics related to freedom of speech (2017, Program of Legal Protection and Education of Media IREX U-Media).

Markus Frenzel studied political science in Berlin, Germany, Aix-en-Provence and Paris, France. He was a TV correspondent for Deutsche Welle, ARTE and the ARD. For eight years he worked as an investigative reporter for the FAKT magazine, unveiling numerous scandals concerning international war crimes, German colonial past or illicit arms deals. Mr. Frenzel received a number of international journalist awards for his work. 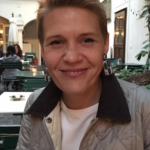 Violeta Wagner is a senior project manager and coordinator at the International Centre for Migration Policy Development (ICMPD), Eastern Europe and Central Asia Regional office. Violeta has an international law background and more than 10 years of practical experience in working for the Lithuanian state administration on migration issues; she used to work as a Deputy Head of the Asylum Division at the Migration Department of Lithuania, she was also a lecturer of international public law at the Vilnius Law University. Although her primary qualification is in international law, international human rights and asylum law, she has gained experience in a wide range of migration-related fields throughout her professional career. Since 2011, Violeta Wagner has been involved in the management of different migration-related multidisciplinary projects at ICMPD, mainly in the Eastern Europe region. In these projects, cooperation between Government and Academia is specifically underlined, seeking in this way to achieve an evidence-based approach to migration policy formation, development, implementation and evaluation of its impact. 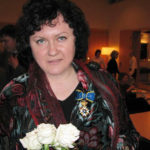 Nadezda Azhgikhina is a journalist, human rights activist, a vise-president of European Federation of Journalists and an executive director of PEN-Moscow. She holds diploma in Journalism and PhD from Moscow State University. Ms. Azhgikhina has more than 20 years of professional journalist experience with Russian media and more than 15 years of lecturing, teaching and managing international projects on media development, human rights, journalist ethics, gender issues, journalist safety, migration and culture of tolerance. She published number of books and practical guides on media development, human rights, gender issues and contemporary culture. 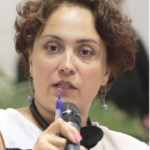 Olga R. Gulina is director and founder of RUSMPI UG- Institute on Migration Policy based in Berlin, Germany. She holds PhD in Migration Law (2010, University of Potsdam, Germany), PhD in Constitutional Law (2002, Bashkir State University, Russia), Certificate of Advanced Studies in Human Rights Law (2005, Helsinki Human Rights Foundation, Poland), Diploma in Law (Law Institute of Bashkir State University, Russia). Olga Gulina is a member of the Network of Migration in the European Union and Alexander von Humboldt ́s Alumni. She is a frequent commentator on Russian and European Union ́ migration law and practice of its using. She has researched and published extensively on issues related to migration policy in the CIS- and EU-countries. 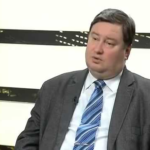 Pozniak Oleksii is Head of Migration Studies Department at Ptoukha Institute for Demography and Social Studies of National Academy of Sciences of Ukraine. He holds Ph.D. (Economics). Oleksii has been studying population migrations since 1993. He has been involved in about 100 scientific projects related research of population migration, situation of IDPs, labour migration, migration impact on social and economic development, regulation of migration processes, migrants integration, migration forecasting. Besides Oleksii is experienced in migration policy recommendation forming. He was also a lecturer of demography and social statistics at National Technical University of Ukraine “Igor Sikorsky Kyiv Politechnic Institute”. The total number of his publications exceeds 180 pieces.

Hanna Kozak Is a program and grant manager at the NGO «Human Rights Platform» (HRP) based in Kiev, Ukraine. 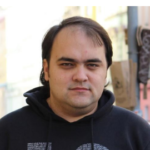 Andrei Romanenko is a journalist and a coordinator of non -governmental organisation “Centre for a Public Control DIJ-Kramatorsk” based in Kramatorsk, Donetsk region, Ukraine. Over years, Mr. Romanenko publishes on economic and social development of the Donetsk region, interactions between national government and local authorities in Ukraine. Since 2014, he actively covered issues related to IDPs, their re- settlement, support of IDPs by business communities in the region.